The 1st night, Evan asked Kendra when she had first been attracted to him.

“About three seconds after I saw you,” she said as she ran her fingernails through his chest hair.

The 2nd night, they were walking around the mall.  Holding hands was their new thrill.  Evan was holding hands with a therapist.  He was holding hands with a leggy brunette.  He told her about Kim Philby, the MI5 agent who had betrayed all of England by passing all their secrets for over 20 years to the Soviets.  She told him about Alice Miller, who had developed a theory about the gifted codependent child.  They were giddy but tired from having slept only three hours. 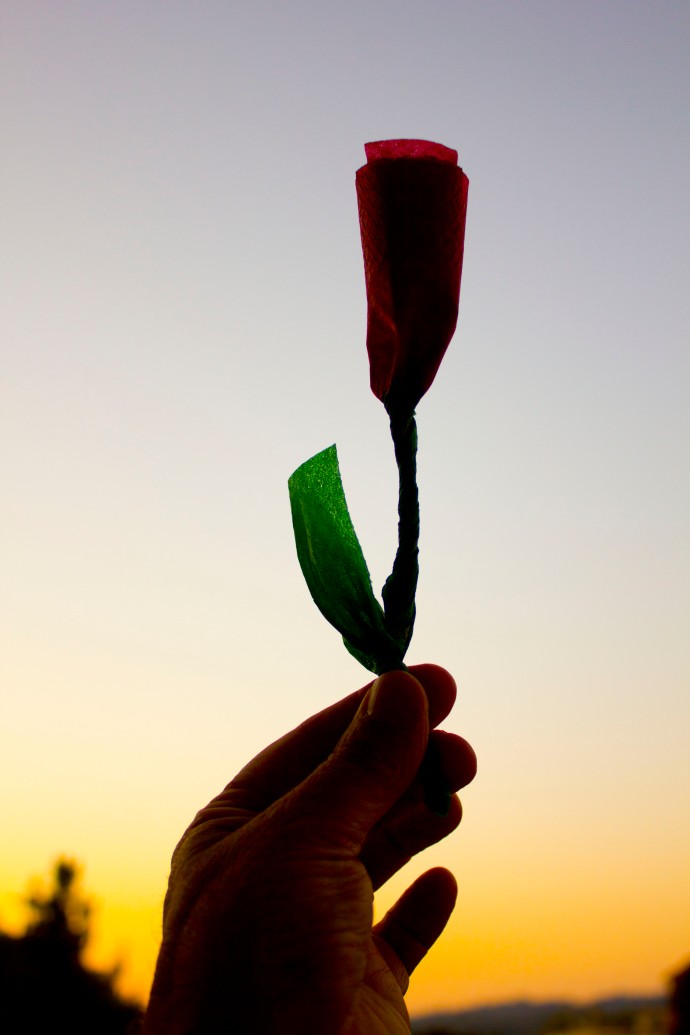 The 3rd night, Kendra sat down and calculated that they had been together for 56 hours straight.  It was like being drunk without drinking.

Arriving home, Evan took a 20% off discount pizza hanger off my door handle.  He watered the spider plant.  He threw away the brown meat in the fridge.

The 6th night, she told him how much trouble her father had been growing up.  Once, just to cause trouble, he had put his mistress on the phone with his wife.

“When he gets a little liquor into him,” Kendra answered, “there’s no stopping him.”

Later, she said, “Troublemaking runs in my family.”

Evan didn’t know whether she was serious or just being cute.

The 9th night, Kendra told him about her meek, accommodating mother, and how she had made a decision never to be like her.

“The only thing that sustained me through all the craziness,” she said, “was my twin sister Kara.  You really don’t know what love is until you’ve had a twin.”

The 13th night, Evan met Kara at a gig.  She looked just like Kendra except for something, he didn’t know what, maybe more concern in her brow?  No, that wasn’t it.  A loneliness?  Perhaps.  She was a singer in a country-rock band and looked good onstage, her long, dark hair cascading down her back as she swayed to the music.  In between sets, Kara sat with them and turned down free drinks from her fans.  She had a more fluid way of looking at things than her sister.  He chalked it up to seeing everything through the lens of the music subculture, melody and flow, as opposed to Kendra, who was fluid in a different way, seeing everything through the lens of personality types and decision points.  At one point, Kendra said, “All you need to know about someone is the decisions they’ve made.”

“How did your parents tell you apart?”  Evan asked.

“There are differences,” Kendra said, then added with an unexpected bite, “but I’m not going to get into that.”

Kendra made it sound like he was asking their breast sizes or something.

During the course of the evening, over the course of a few beers and three sets, Evan studied them both.  Obviously, the original blueprint had been the same, but along the way, some developmental variation had crept in.

The 16th night was a Tuesday.  Evan and Kendra were in bed at his place when he pointed out his journal on the bedside table.  He was proud of his writing, and so he read to her something he had written about her.

She’s like the smart kid in class whose intelligence is beautiful and mysterious.

She accepted the compliment with a humble smile.

The next morning when Evan left for work, Kendra was still asleep.  Smiling at her in her slumber, he decided he couldn’t disturb her even to kiss her.

The 19th night was a surprise.  While sitting in a sidewalk café, Kendra became quiet.  After a few minutes, she emerged from wherever she had been.

“I read your journal,” she finally said.  “I read the part where you wondered if you had chosen the right twin.”

Evan stared at her.  He didn’t know what to say.  It sounded like she was confessing to an indiscretion, but that wasn’t the tone of voice she was using; there was no repentance in it.

“I read the part where you questioned whether you had chosen the right twin?  Where you wondered if we made love in the same way?”

Kendra’s voice was steely and cold like Evan had never heard it before.

“Why did you do that?”  he finally asked.

“Jesus Christ.  You wanted me to read it.  You read to me from it.  And in the morning, you left it right there.  It was a total setup.”

Evan was stunned.  Kendra was the therapist, so maybe she knew something about his intentions, he didn’t know.

By the 23rd night, Evan was going through a certain amount of withdrawal.  Sitting at his kitchen table eating a 20% discount pizza alone and listening to some stupid podcast about spies, he suddenly spoke out loud.

“You’re not supposed to read another person’s journal.  They didn’t teach you that in shrink school?”

On the 24th night, Evan finally got ahold of Kendra on the phone and she didn’t hang up.  At first, she was cold, but after he mentioned that he still felt that she was beautiful and mysterious, her reserve melted away.

The rest of the conversation rested on apology.  Evan didn’t apologize, even though he knew she wanted him to.  It was a standoff, like two gunslingers standing in the middle of a dusty Texas town, their hands resting on their pistols.

“Goodbye,” he said, firing back.

The 25th night, Evan got a call from Kara.  She was in tears.

“My sister isn’t talking to me,” she said.  “We talk every day, but for the last eight days, she’s refused all my calls.  I don’t know what’s the matter.”

The 27th night, Evan asked Kara at what point she had been attracted to him.  He looked into her big brown eyes, which somehow seemed bigger and prettier than Kendra’s.  It was like being with Kendra, but at the same time, not.  Kara smiled gently.  She stroked his chest.

The above story is chapter 1 of an ongoing piece of fiction.  Chapter 2 is here.

Read excerpts from the novel here: