In 2007, I walked into a magic shop in Fullerton, California, and ran into someone I hadn’t seen in years.  It was Ken, someone I knew in high school.

“Are you David Groves?” he asked. 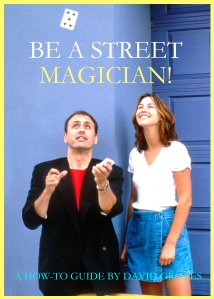 We hadn’t been friends in high school, but had both belonged to the Chess Club and sometimes hung out together for lunch.  In the coming months, we got to know each other again.  I was now a professional magician and he was a hobbyist magician.  We lived in the same city.  We got together for lunch at Panera, traded secrets, and connected.

It turned out, however, that he was quite a sick man.  He had been on dialysis for eight years, and it had taken its toll on him.  Once, when we told a mutual friend that we had gone to high school together, he looked at each of us and then delivered a too-frank response.

“Thanks a lot,” Ken said angrily.

Ken and I didn’t connect in all ways, however.  When the Tea Party started out in early 2009, Ken attended some of its first rallies.  He railed against government, taking the stand that government incompetence is a redundancy in terms and that, as Grover Norquist puts it, government should be shrunken down to the size at which it can be drowned in a bathtub.  I bristled at that kind of talk, being a traditional liberal.

It was also strange considering Ken’s 10-year stint on dialysis.  The procedure costs approximately $50,000 per year per patient, but the government covers all costs.  Over 10 years, then the government spent roughly half a million bucks to keep Ken alive.  Given his financial situation, Ken would never have been able to pony up the money for dialysis on his own.  Ken’s father had died of renal disease in his thirties, dialysis not being available back in those days, and so it’s clear that Ken would have died without it.

In other words, socialized medicine saved Ken’s life long ago.

Still, Ken maintained his untenable positions, so we avoided political talk.  That’s the best way to keep a friendship.

Soon, inspired by my weekly restaurant gigs, Ken landed a gig at a Westside coffee shop named Dinah’s, performing magic on Thursday evenings from table to table, developing a following.  He had been doing it for a couple years when he called me one day with excitement in his voice.

“I’m going to have a kidney transplant,” Ken said.  “I’ve been waiting for 10 years now, and I’m finally getting to the top of the list.”

Ken asked me to take over his regular restaurant gig for a while so that he didn’t lose the job.  I dove into it, appearing there every Thursday evening at subpar wages (about 40% below my usual pay and 80% below my usual tips) as a favor to Ken.  I was saving the restaurant so that I could hand it back to him when he returned.

As a promotional stunt, I started the Yikes! Brigade.  I carried around a little digital camera and took photographs of magic fans holding a sign that expressed their astonishment at the magic.  Astonishingly, it grew to more than just a stunt.  People loved to pose with the sign, sometimes in creative ways.  To date, I have over a thousand Yikes!  photographs.

Ken’s operation went well and his body accepted the new kidney.  However, the operation triggered a series of medical complications.  Over the next few months, he nearly died three or four times.  When they finally stabilized him, he still had a blood clot in his leg that they said could take a year to completely dissolve.  He couldn’t walk for a long time.  And when he tried to handle a deck of cards, his hands shook so much that he couldn’t perform the sleights, much less entertain an audience.  If he had tried, they wouldn’t have enjoyed it.  It isn’t fun witnessing somebody’s frailness.

And then there was the little issue of the brain operation.  They had cut open Ken’s head for some reason, I forget exactly why, and it had left an ugly scar that made him look, as he put it, “like Frankenstein.”  Ken was despondent.  He said he was giving up magic for good.

But through all of it, Ken stuck with his Tea Party beliefs.  While spending months recuperating in hospitals and recovery centers, I would sometimes visit him, and whenever I did, he had the television tuned to Fox News.  When asked, he happily spewed anti-government beliefs.

“Government screws up everything it touches,” he would say.  “Why should we let it do anything?”

And all the while, the government had paid for his operation, his medical care, and his recovery.  Knowing how many times he had been in ICU and for how long–months and months–I estimate that he must have racked up at least $3 million in medical bills, and perhaps even more.

Ken had spent his working years as a salesman for Best Buy and Circuit City, until his disease had precluded his employment and he went on disability.  If he had depended on his company insurance, which he didn’t, he would have quickly exhausted the deductible.  Moreover, the insurance company would surely have found some way to dump him, either from his preexisting condition or from some technical loophole.

But now, of course, Obamacare outlaws canceling policies for preexisting conditions.  Neither can they dump you for those famed technical loopholes.  Insurance is now for everybody.

Now, as I watch on television as the Tea Party suicide caucus destroys the Republican party, daily voting against their own best interests, I think about Ken and his anti-Ken beliefs.  I marvel at this amazing phenomenon.  I marvel at how someone can be so angry at this invention, government, that saved his life long ago.  And I marvel at how effectively the conservative powers can be can use lies to make their party faithful vote for their own deaths.

Note: Ken Smith is not my classmate’s real name.

In my early twenties, I had serious writers’ block.  Somehow, by the time I reached thirty, I had conquered it, and now, the words just flow out of me like water through a faucet. 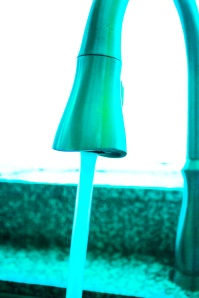 If there’s one thing I can say about writing, it’s that it’s all about commitment.

I just published the novel, What Happens to Us, http://www.amazon.com/dp/B00DSSN5SU, and if nothing else, putting the novel out there was a supreme act of commitment.

I committed, for example, that I would write a novel in a certain highly polished and rewritten prose style like Margaret Atwood’s rather an unpolished, fresh, ragged one like Jack Kerouac’s.

I committed to an understandable style like Ernest Hemingway’s rather than a hip, obscure one like Raymond Carver’s.

Naturally, these choices are all about risk, and that can freeze up your pipes.  You may need a plumber.  You may have to drink from the water hose.

When you commit to write in one way, you risk that people will think you should have written about it in a different way.  Many criticize Dan Brown, for example, for writing in a less-than-credible style.  That conspiracy, they say, is just too implausible.  His massive fan base, however, are drawn to him precisely because of that incredibility.  Wow, they say, I’ve never read such a gripping book!

The Japanese have a saying: The nail that sticks up its head gets hammered down.

Over the years, I’ve learned that when you publish, you stick your head up.  It’s true in every endeavor: stepping onstage, publishing a blog, making a movie, sitting down at a piano and playing for people.  People sometimes take pot shots at you.

In 1998, when my first book, Be a Street Magician!, was published, one guy in Boston went on a campaign against me.  He was the administrator of a forum about street performing and posted a thread called, “Why Is David Groves Such a Wanker?” and then emailed me the link, trying to goad me into defending myself.  He was a hammer.

With the publication of my newest book, I’ve had some detractors.  One reviewer complained that all my characters “have issues.”  Another didn’t like my antagonist because “he’s just a bully, and I prefer villains that you like in spite of yourself, such as Hannibal Lechter.”  On the other hand, many others have come down on my side.  A common assessment is that the novel is “a wild ride,” and one reader even affectionately called it “Mr. Toad’s Wild Ride.”  Other phrases include “terrifyingly realistic,” “full of lots of nice twists and turns,” “a real page turner: well written and compelling,” and “a stroke of genius” (and that last one wasn’t from my mother!).

If you’re going to publish anything, you have to put yourself out there, commit to the artistic choices you’ve made, stand behind them.  If you don’t, you’re headed in the direction of Block Boulevard.

All this talk of busking reminded me that I published a book on busking in 1998.  It’s called Be a Street Magician!: A How-To Guide,  and it’s officially out of print, but I do have a couple boxes of books left to sell.  You can buy it for $50 on Amazon, but I sell it for the original list price of $40.